Hello Europe, It Is Lovely To See You Again: The First Day in Belgium


I was in Belgium for a two week school course where I visited the European Union institutions and met with people who worked there. I am an International Relations major and so it was a great opportunity to learn more about how the EU operates and look into internship/potential career opportunities. As part of the program we had cultural activities and two days where we could go off and explore on our own. 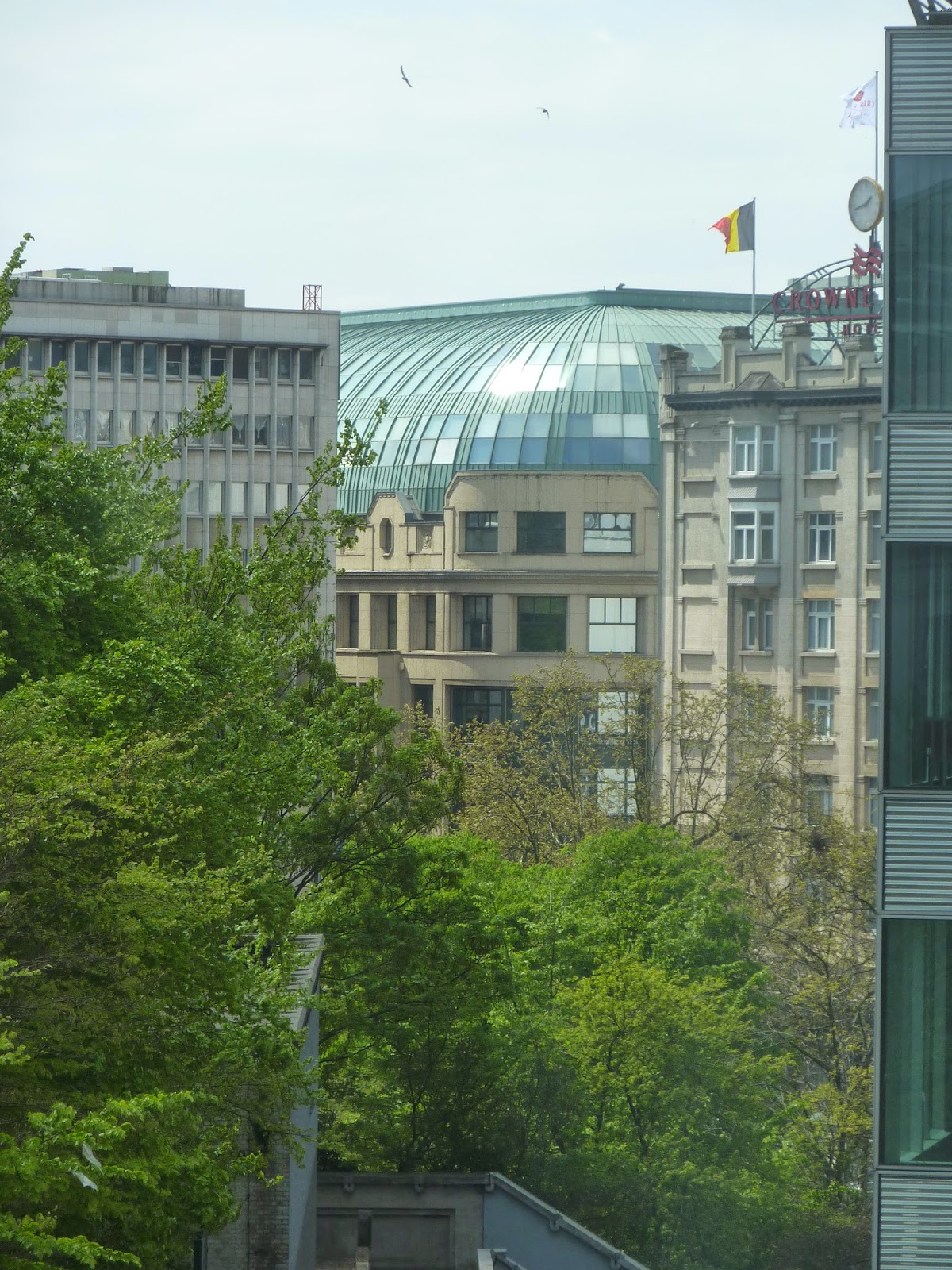 I will not really share the course aspect of my trip, I may share some photos of the EU institutions but the posts about Belgium will mostly likely be about the cultural sites. I hope you enjoy and get inspired to do a little traveling of your own.


I flew into Amsterdam, as my travel agent found the best deal there. After flying in, I took the train to Brussels. The train station is in the basement of Schiphol Airport and it was very easy to locate, plus if you have trouble, almost everyone in the Netherlands speaks English as they learn it in school. I was very early for the train, but I planned it that way. I was able to grab a bite to eat and sit, relax and read a book for a bit.

Once in Brussels I took a taxi to my hotel. I stayed at the Best Western in the City Centre. The hotel had free WIFI in the room and the breakfast was good the next morning. The bathroom was a bit grimy looking, there were brown spots on the curtains and you could see some water damage on the wall. Also for some reason the shower head did not work so I had to take a bath, which is not a huge deal but for someone used to taking showers it was different trying to wash my hair in a bath. I took some pictures to give you a better sense of how the room was. 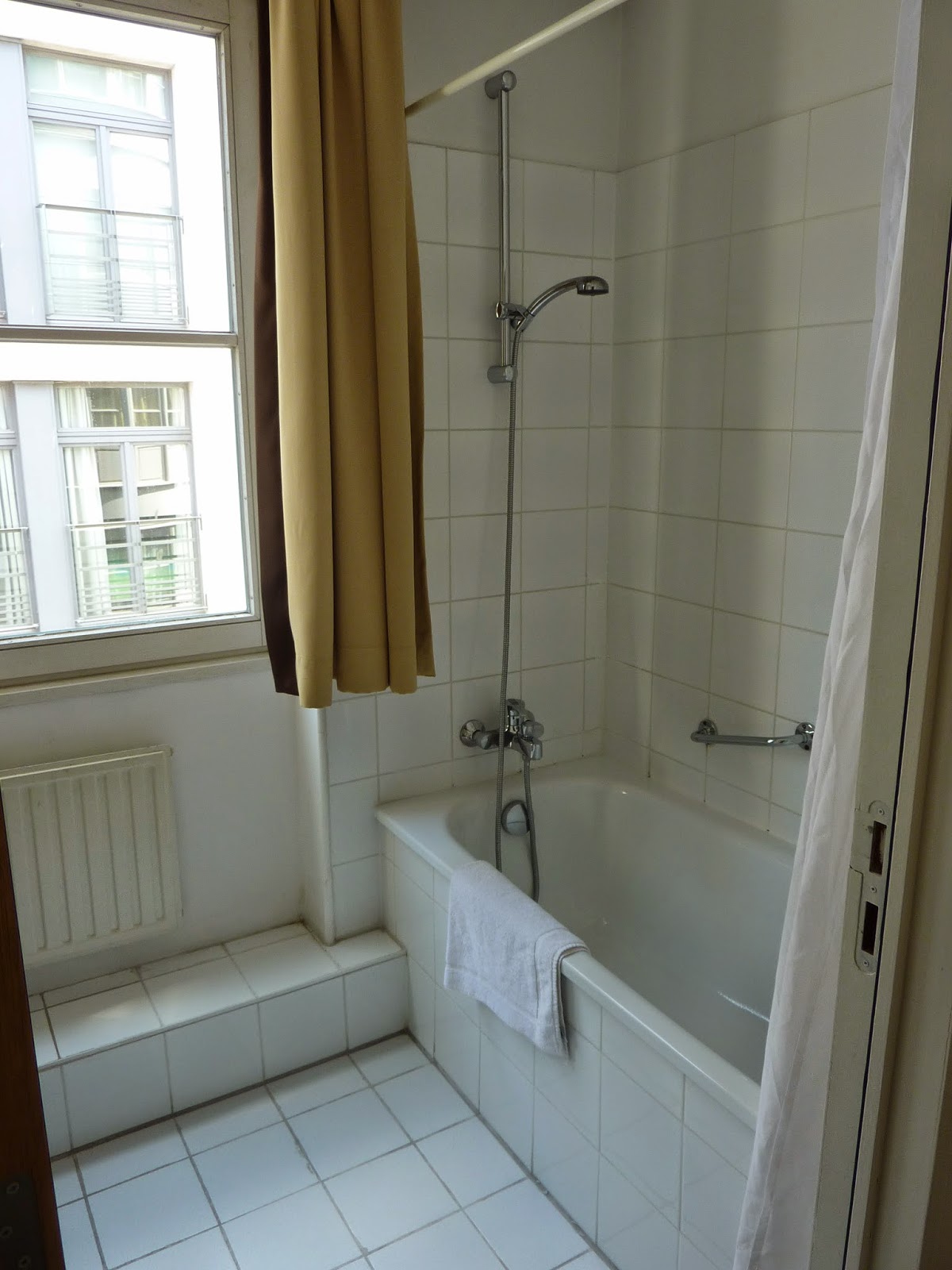 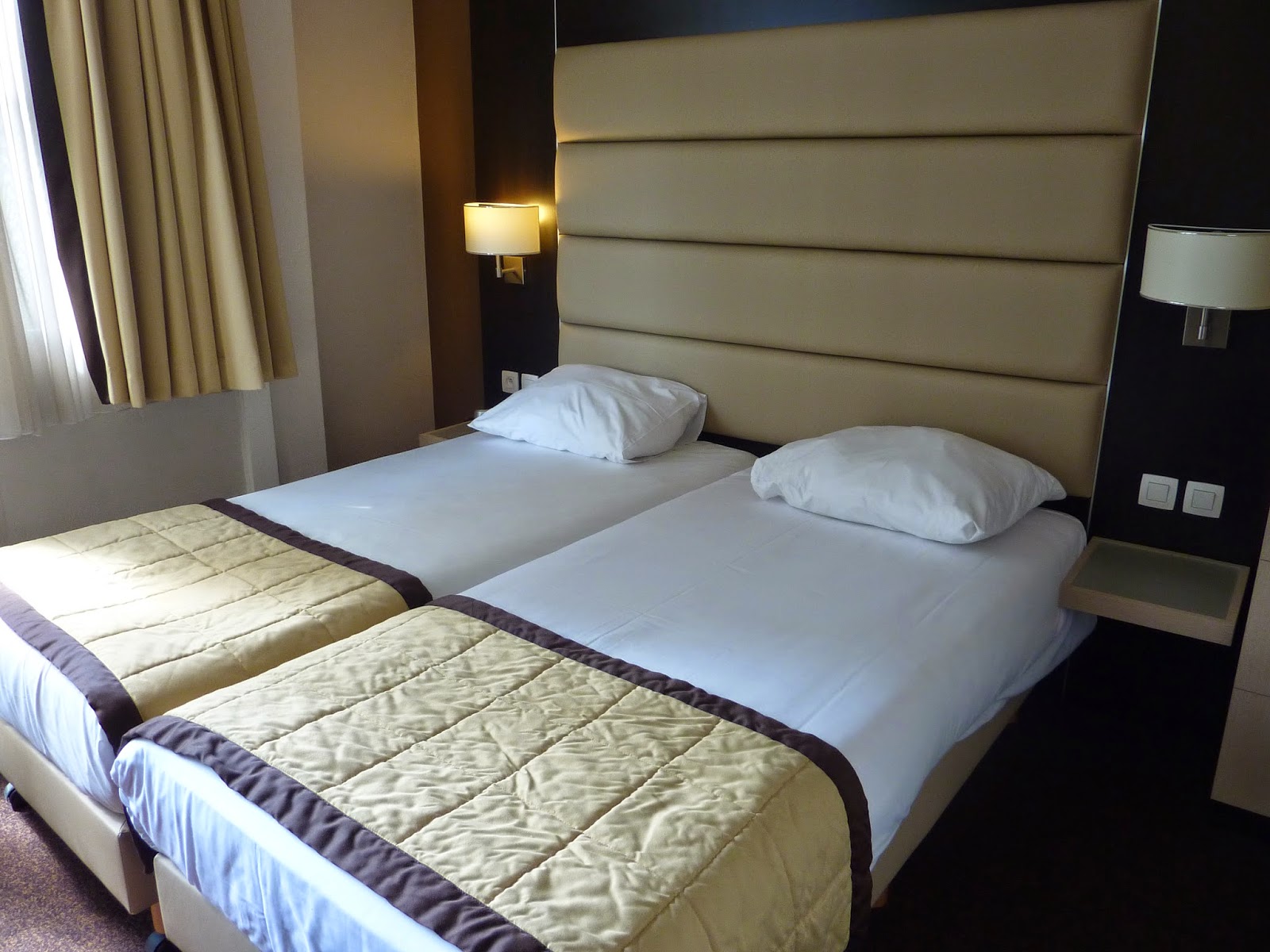 There was a little area out front with some trees and horses. Not something you really see in a city.

The area around the hotel was interesting. Towards the front there was a little park and what looked like a main road and a nice part of town. However on the side street and the streets behind the hotel it was a bit sketchy. I felt 90% comfortable walking down those streets during the day, however I would not walk them alone at night. 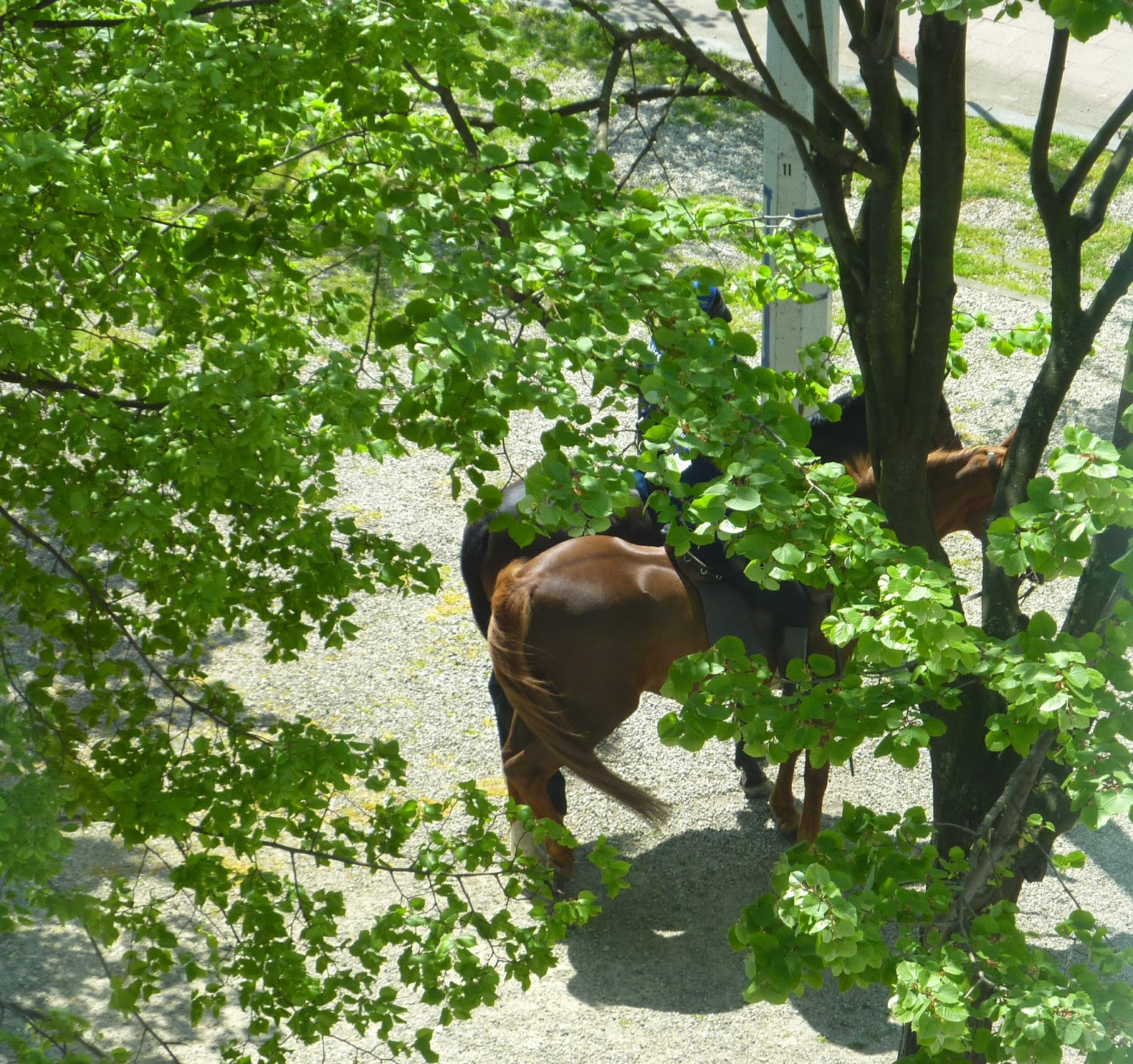 Down one of the streets is the North train station (which I walked to the next morning to catch my train to Leuven), which is called Gare du Nord. Also near the hotel, (about a 15 minute walk) is the City 2 shopping center which I had a heck of a time finding.

My first new adventurous experience started about an hour after I got to my hotel. I wanted to go to City 2 and also find a restaurant to eat at. I asked the concierge at the front desk and he gave me directions which I must have misunderstood because I got lost, about 10 times. I  kept walking in circles so I finally asked someone for directions but he only spoke French. I know French, but I am better at reading and translating then I am holding a conversation. Thankfully someone nearby heard me speak English and offered to help me. He was from Gambia and I really don’t know why he was in Brussels but he said he was on his way to work and would take me to where I wanted to go.

I realize that trusting a complete stranger was gutsy, especially because everyone fills your head with horror stories and worries before you leave, but trust him I did. I never once had an unsure feeling about it, even when he started leading me down some sketchy streets, I even told him about my school program that I came to Belgium for. He ended up leading me to this Bazaar Street, because he misunderstood what I was talking about, he told me to be careful of the pickpockets and then proceeded to go on his way to work.  Since the street was not what I actually wanted I waited until the nice man was out of sight and then walked back to the hotel to ask for directions again. This time a different man was at the desk and gave me new directions which were less confusing and I managed to find what I was looking for!

After some shopping, I ate some dinner. It was at the restaurant I learned how things worked over in Europe. One: Water costs way more than it should. Two: When you are done eating, you must ask for the bill if you want it. The waitress took my plate and I am used to them bringing the bill, as that is what happens at restaurants in Canada. However I sat there for about 10 minutes waiting for the bill. I saw, at another table, the waitress clear the plates and the couple ask for the bill. I then looked over at another woman, who like me spoke English, and had been sitting waiting for the bill; ask for it after observing the couple at the other table. I proceeded to do the same. Many people also tell you not to tip in Europe but I always feel wrong not tipping and so I did leave a tip.

And that was my first day in Belgium. The next day I hopped on a train to Leuven, where I stayed at the Irish College and participated in the two week school program I was over there for.