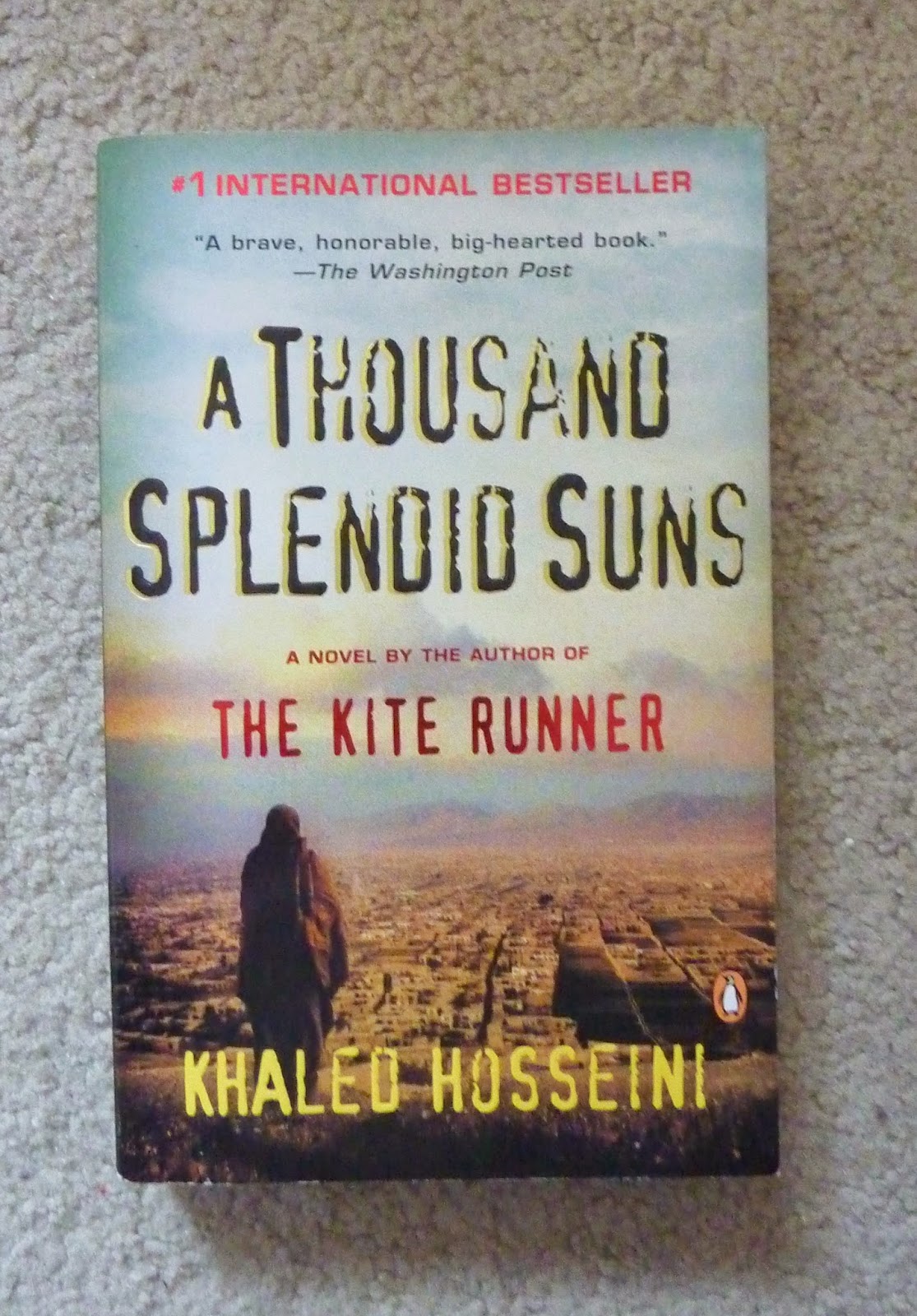 This book is written by the author who also wrote The Kite Runner, which I also read. I enjoyed that book but I liked A Thousand Splendid Suns better.

I like how it gave you a history of Afghanistan while still interweaving a captivating story. I think a lot of people only know about Afghanistan because of 9/11 and they associate it with the Taliban and Osama bin Laden. But there is so much that happened before that and the book starts in the 1970's before the Afghan-Soviet war and ends in 2003. This is quite the time span and so many things happen in Afghanistan during this time.

This is not just a history book though, A Thousand Splendid Suns follows two women, from childhood to adulthood. They were born years apart, in different worlds and under different circumstances, however there comes a time when they are connected at first by a husband and then truly connected by an event, an emotion and a realization that they are not to blame for each other's hardships. They are given the opportunity to truly become a family aside from being married to the same man, who can I just say is an awful person.

Miriam is the first women we are introduced too and she is born out of wedlock which makes her an outcast by Afghan society, her father comes to visit her every week and even pays for her to have a private tutor and be educated. However a certain incident results in her having to marry and move away from her tutor and her father, never to see either of them again.

Laila is the second women we meet, she has been born into a family where her father is in academics and strives to make sure Laila is given an education. This is still the time period before the Taliban arrives and is during the 1980's war with Soviet Russia.

Laila falls in love with her childhood friend. An event happens, in which she loses her parents and is told that she also loses her friend. She agrees to be taken in and married to a man who just happens to be Miriam's husband as well.

I don't want to give anymore away but this book shows just how quickly life for women in Afghanistan changes through the 1980 war and the arrival of the Taliban. This is truly a remarkable read.

Have you read this book? What did you think? Are there books similar to this one you would recommend?